In 1866, by an Act of State Legislature, the Metropolitan Police District was dissolved and  the Village of Westchester (the area known today as Westchester Square) created a police force. In 1874, the Villages of Mott Haven, Melrose, Morrisania, Tremont, Fordham, Highbridge and Kingsbridge, all lying generally north of the Harlem River and west of the Bronx River, were “annexed” by the City of New York.  On January 1, 1886, 203 New York City Police Officers patrolled this area.  By 1896, despite rapid growth, only 251 patrolled the same area.

In June 1895, the towns and villages east of the Bronx River were annexed by New York City and included the villages of West Farms, Williamsbridge, Wakefield, Westchester, and City Island. Despite being larger in size than the above annexed area of 1874, this area was patrolled by only thirty-seven men, most of whom patrolled by horse. By January 1896, plans were made to add 100 police officers to this area.

Today, we will focus on the history of the present 43 Precinct, located at 900 Fteley Ave, Bronx. Why? Because I was born in Pelham Bay, my grandparents lived on Wilkinson Ave. & my grandfather was a Patrolman in the precinct prior to promotion to Sergeant!

On October 10, 1895, the New York City PD “issued the order creating the permanent force of the Thirty-eighth Precinct.” The following designations, locations, and other information apply: 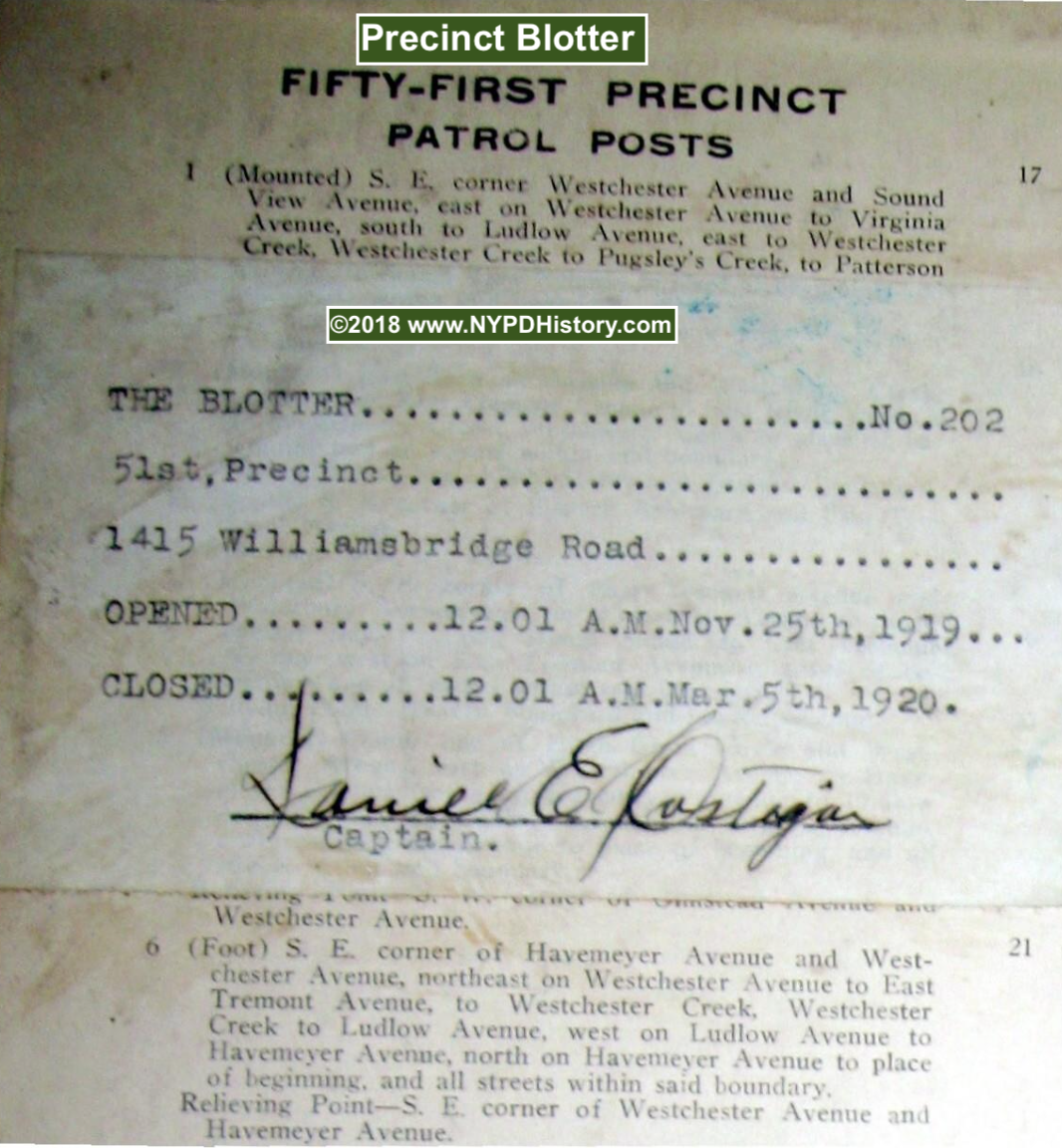