Prior to the redistricting of existing precincts in the vicinity of Borough Park, Brooklyn to form a separate precinct in order to better serve the needs of the growing population, residents and civic groups in this semi-rural area were aghast at the number of burglaries, robberies and other crimes. Not unlike the residents of today’s Borough Park, when they felt that they were not being well served by the New York City Police Department, they took their message directly to New York City Hall.

As early as June 1911, committees and civic groups from Borough Park met with Mayor Francis Gaynor and Police Commissioner (PC) Rhinelander Waldo to express their outrage and to request the establishment of a new precinct for Borough Park. According to an article published in the Brooklyn Daily Eagle, on June 3, 1911, after hearing their case, PC Waldo “made a memorandum reading ‘new sub-station at Twelfth avenue and Forty-second street’ on a piece of paper” leaving the committee with the impression that they had been heard and action was imminent. (Note: At the time of the writing of this short summary, no indication of the creation of said sub-station has been found. See the excerpts below listing the locations of station-houses in 1912 and 1922. If any reader has any information on this, please contact the Author/Admin.) 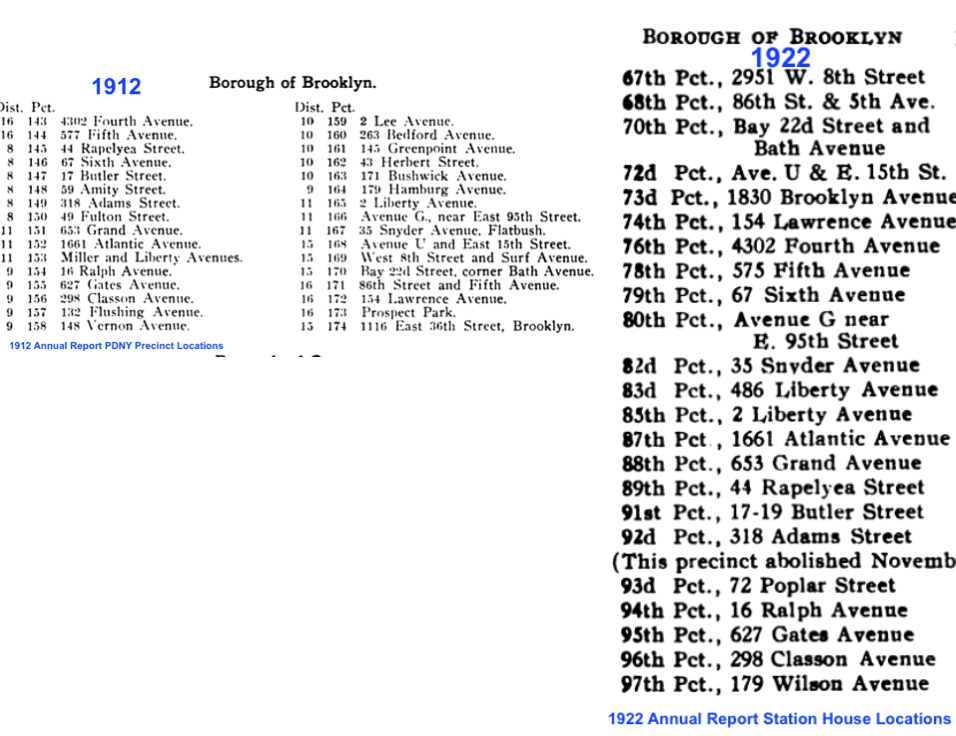 On May 8, 1931, PC Edward P. Mulrooney announced that NYC leased a one family, two story wooden structure from Leonard Brunner at a cost of $1,500 per year to serve as a station-house for Borough Park. The structure, designated as the 66th Precinct Station-house, was located at 1430 49th Street, near the geographical center of the new boundaries  (See map insert). The boundaries (or in police parlance “confines”) of the precinct were selected by Inspector Thomas P. Cummings, who commanded the Inspection District encompassing the new precinct and existing neighboring precincts. Sections of neighboring precincts were taken to create the confines of the new precinct. These precincts were designated, at the time, as the 64th (Fort Hamilton), 62nd (Bath Beach), 70th (Parkville), and 68th (Fourth Avenue). Approximately 125 officers were assigned to the new station house.

An article published in the Brooklyn Daily Eagle, on April 12, 1931, indicated that “It was understood that the quarters are only temporary.” The location quickly became unsuitable for a police station house. In 1931, Captain Lewis J. Valentine, commander of the precinct, stated that the 66th was “one of the busiest in the borough.”

Battling a “Protection Packet Merger” where criminal groups were banding together and extorting money from shopkeepers for “protection.” The Star Newspaper, Brooklyn, reported on November 20, 1931 that Lt. John Osnato, of the 66th Precinct, said “I’ll break a nightstick over their heads of they ever start making trouble in this precinct.” While reports of the breaking of windows of stores refusing to pay continued, it is not known if his threats were effective to any degree.

In April 1943, then PC Lewis J. Valentine requested of Mayor Fiorello LaGuardia, that the city purchase a site at 59th Street and 16th Avenue at a cost of $5,500 for the construction of a new 66th Precinct Station-house for the 66th.  Delayed by the circumstances of World War II, it was not until August 1948 that the Board of Estimate approved the building of the new facility at the site with an allocation of over $247,000.

Construction of the new, and present, station house, located at 5822 16th Avenue, began in January 1949 and was furnished in September 1949 with desks, chairs, tables, fifteen beds, 200 lockers, etc.  The building was dedicated on November 28, 1949 by Deputy Mayor John J. Bennett, Police Commissioner William P. O’Brien, Chief Inspector (today’s rank of Chief of Department) August Flath, and other officials. The building serves the population of Borough Park from that location to this date. The original two-story building is long gone. An image from Google Maps below shows the address as it appeared in 2016.

Quoting the 66th Precinct from NYC/NYPD website:”The 66th Precinct is located in the Boro Park section of Brooklyn including Midwood and Kensington. The Precinct is divided between residential and commercial areas. The largest segment of the population consists of many Hassidic and Orthodox Jewish Communities. The 66 Precinct is unique in that is has over 300 religious institutions comprised mostly of Hassidic and Orthodox Synagogues and Yeshivas.” (http://www.nyc.gov/html/nypd/html/precincts/precinct_066.shtml) 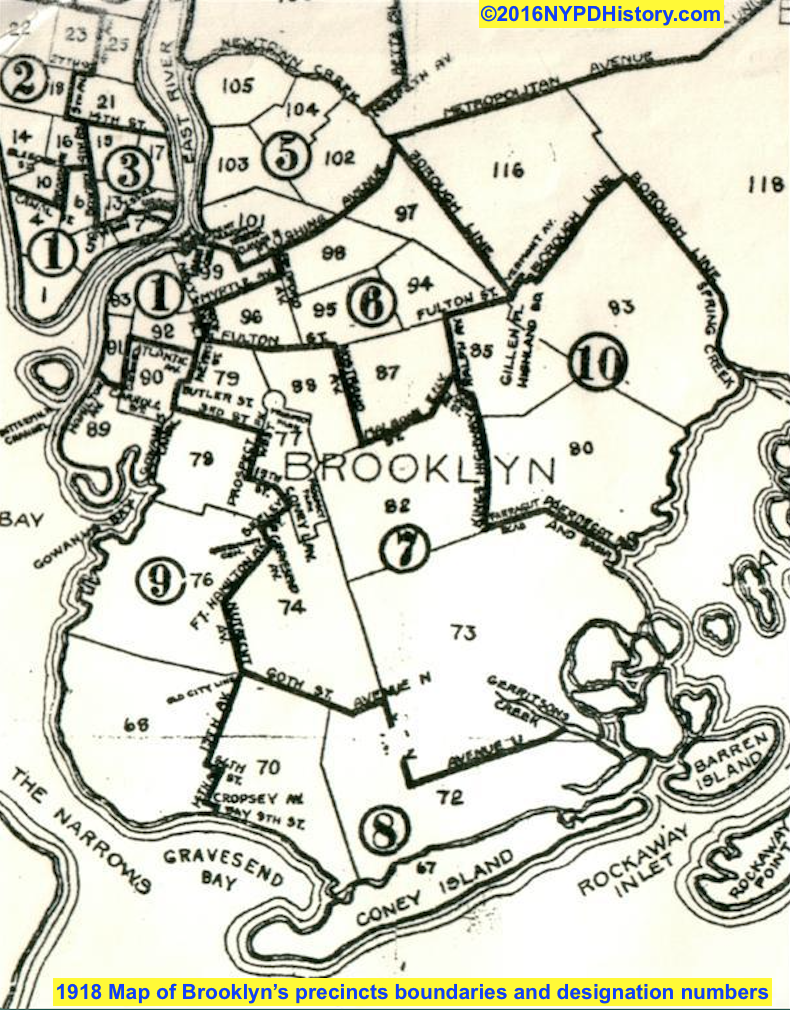