The Police Department of the City of New York (PDNY) had a long tradition of holding annual parades. The purpose of the parades was two-fold. The main purpose was to exhibit the military deportment, professionalism, equipment, and recent innovations of the force, such as: new uniforms and new units (such as Canine, Bicycle, Motorcycle, etc.), to the public.  The second purpose was to present medals to the men who earned them for acts of heroism and valor performed the prior year. Medals earned by officers killed in the line of duty were presented to surviving relatives. The public loved the parades. The tradition began in approximately 1857 and ended in approximately 1934. Annually, large numbers of citizens lined the route to watch “The Finest” at their best. This is a brief story about the 1901 Annual Police Parade, held on May 31, 1901. 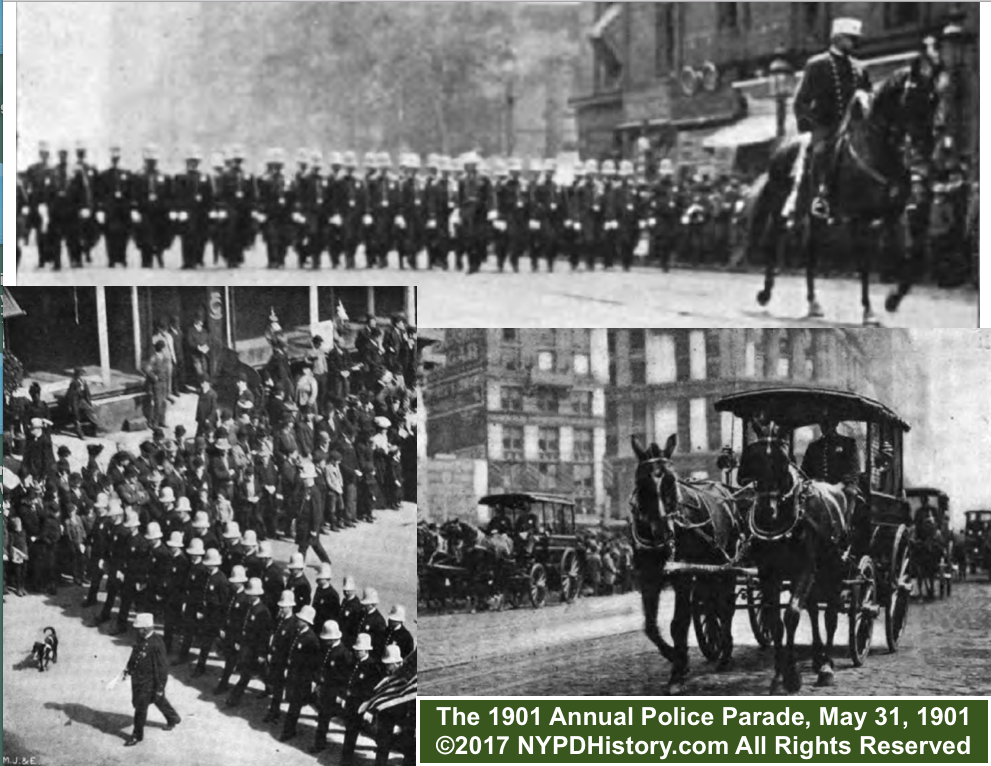 An article published on May 31, 1901, in the Brooklyn Daily Eagle, chronicled the parade and led off with the following colorful sentence: “The members of the police force, 4,500 strong, put their best feet forward on Broadway this afternoon, wore their spickest and spannest clothes, and impressed the visiting (police) chiefs with the super-excellence of their appearance as a military-civic institution.” The article made note that “extra care” had been made to enforce rules such as no: turning heads, “masticating jaws,” spitting tobacco, or chewing gum, and that “water bearers” be quick in their duties and go unseen by the persons on the reviewing stand. The New York Times’ article on the parade estimated the marchers of the force at 6,000. 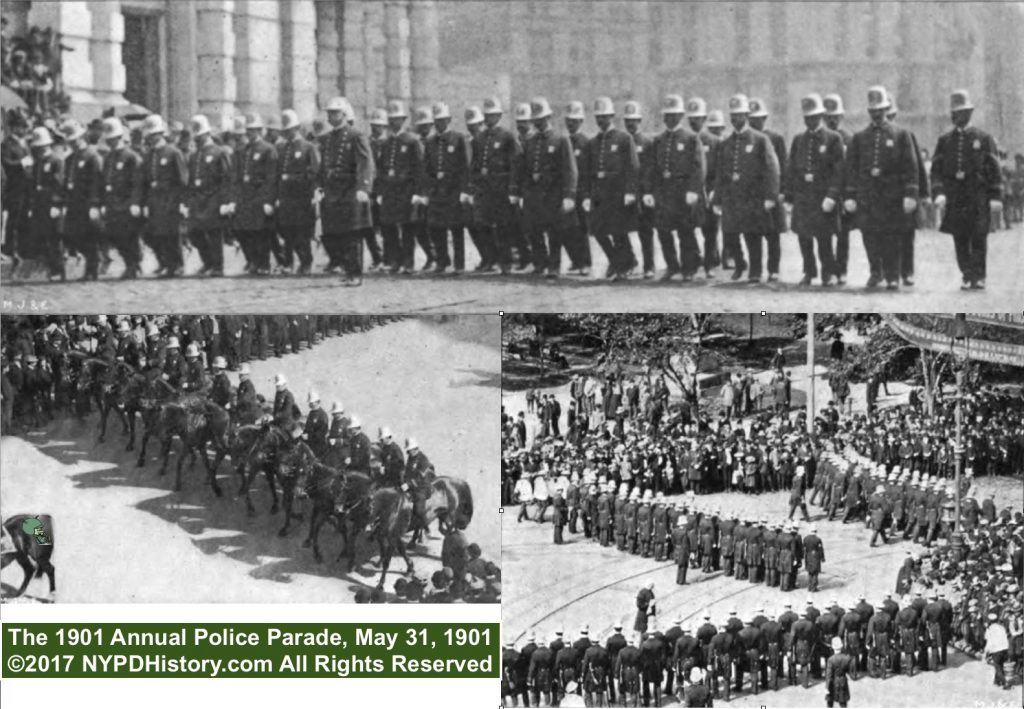 During each parade, typically held in May or June, a “Company of Honor Men,” comprised of men who had previously earned and were awarded medals for valor and heroism, marched as a unit. Battalions comprised of the men of each Inspection District, or specialized command unit (Mounted, Bicycle, Motorcycle, Aviation, Emergency Services, etc.), marched together as depicted in the photos, above. Bands marched and played between each ten battalions.

The parade began at 2:00 pm, at which time the light rain stopped and the sun shone on the blue uniforms and gray felt helmets of the force. The parade stepped-off at The Battery (lower tip of Manhattan Island) and made its way up Broadway to Twenty-third St., to Madison Avenue, to Fortieth St., to Fifth Ave., and then past the reviewing stand at the Worth Monument, located at Broadway and Twenty-forth Street. The Worth Monument was dedicated in 1857 in honor of Major-General William J. Worth, a Veteran of the War of 1812, and a long, heroic, and industrious military career.

The 1901 Parade was led by Deputy Chief Moses W. Cortright. Joining the battalions led by Inspectors, were the Mounted and Bicycle squads.

At the reviewing stand, the following officers were presented with medals by the Police Commissioner and Deputy Commissioners:

To learn more about the history of the Department Medal of Honor, read our well-researched, source-cited, critically acclaimed, article on our website.

The History of the Medal of Honor

Here is a video from the 1899 Annual Police Parade. The video will give you a sense of the atmosphere and scenes. Look for the Bicycle Squad, Mounted officers, Water Bearers, and what appears to be the Department Band!

To sign-up for email notifications of the posting of new articles on our site, enter your email address in the box on our homepage. 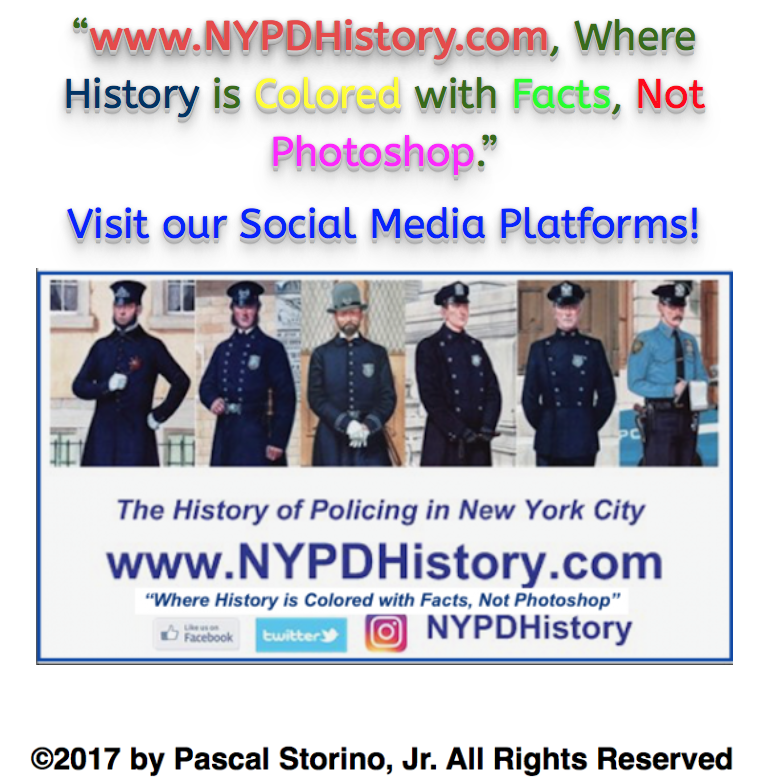